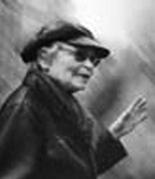 This evocative work “Forme Techtonique” is a wonderful example of the artist’s characteristically organic Modernist aesthetic. The ease with which the rhythmic forms unfold in space add a monumental sense of authority to the stone whilst concealing the identity to which it aspires, the form continuously evolving as your viewpoint changes.

Originally born in New York, Diska went to Paris in 1947 after the end of the Second World War, to discover an artistic community revelling in the liberation from the Nazi prohibition of abstract art which they referred to as “Entarte Kunst”, (Degenerate Art). She enrolled at the renowned Académie Julian, where all the latest avant-garde theories were passionately debated. Determined to establish a name for herself she took a studio with the sculptor Marek-Szwarc, and refused to allow the very physically demanding process of carving stone prevent her from using the medium expressively. She began creating beautiful forms that incorporate aspects of both organic and Modernist structures, and was soon invited to exhibit at the leading avant-garde salons, including the Salon de Jeune Sculpture, and the Salon des Réalités Nouvelles. Regular solo shows followed, as well as many public commissions, including a public monument to the Resistance in St Ouen, Paris. A major series of her work is now on permanent exhibition in Vitry-sur-Seine.