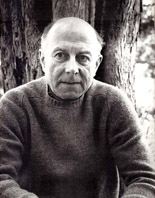 Max Papart became famous for his highly idiosyncratic style that is a surreal Pop Art interpretation of Cubism. Classification of Papart’s style is far from unified and has varied dramatically from pronouncing him the “Heir of Cubism” to associations with radical Absurdists such as Enrico Baj. But it is the constant elusiveness of categorisation that is fundamental to the poetic nature of his work.

Born in Marseille, Papart drew continuously from an early age and despite his mother’s desperate efforts to convince him that becoming a chicken farmer would be a far more rewarding vocation than being an artist he went to Paris in 1935 and attended the École du Louvre. The following year he was already exhibiting at the Salon des Indépendants and would later also exhibit at the Salon de Mai and Salon des Comparaisons. During the war he returned to Marseille and studied at the Auzias Academy whilst also fighting with the French Resistance and eventually helping to liberate the town. He began to become immersed in the artistic community and associated with Tal-Coat, Masson and Calmettes. In 1946 he held his first solo exhibition at Galerie Sébire in Marseille which was owned by André Maurice. Soon he was also exhibiting at Galerie Paul Hervieu where he met Atlan, Boumeester and Goetz; and Galerie da Silva with Marchand, Gleizes and Gruber.

In 1950 following an inspirational trip to Italy he decided to return to Paris and join the group of avant-garde artists in the Puteaux region which included Villon aswell as Goetz and Boumeester. By this time he was establishing a reputation and received much critical acclaim and several awards including the Prix de l’Union Méditerranéenne pour l’Art Moderne, 1948; Lauréat Prix Hallmark, 1949; Prix de la Critique, 1950; Prix de la Jeune Peintre Paris, 1950; Lauréat de la Biennale de Peinture, Menton, 1951. He had also come under the patronage of the famous collector Camille Renault. In 1953 he held a major solo exhibition at Monique de Groote, and the following year began exhibiting at Galerie Paul Pétridès aswell as participating in the annual École de Paris  exhibitions at Galerie Charpentier curated by Raymond Nacenta.

By the end of the 1950’s Papart’s work became distinctly more abstracted and introduced influences from cultures as diverse as Aegean and Aztec and throughout the 1960’s and 1970’s he would continue to develop his sophisticated personal aesthetic while establishing an international reputation. During this period he exhibited extensively around the world including: 1965 Berlin; 1967 Sweden; 1969 Italy, San Francisco; 1972 Sweden, Canada, New York, Rome; 1973 Brussels, Antwerp, Rome, Geneva, Basel, Mexico; 1975 Sweden; 1976 New York, Sweden. In 1971 he was awarded his first retrospective at the Musée Saint-Ouen, and more recent retrospectives have been organised in Nice and Paris in 1991.

During his distinguished career Papart also executed several projects in glass with Murano maestro’s such as Bianconi and Costantini; and furthermore illustrated several books in limited editions such as  Diderot’s “Sur Les Femmes”