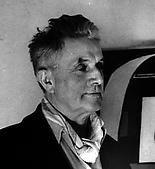 Louis Latapie was a prominent French painter born in 1891 in Toulouse. At a young age he moved to Paris where he entered the Académie Julian in 1908 and studied with Sérusier at the Académie Ranson in 1909. He spent the entire First World War on the front. During the 1920s he exhibited with Villon and had a number of one-man shows at the famous Galerie Druet. Around this time he associated himself with Georges Braque and especially Roger Bissière, a friendship that would be mutually beneficial and would last for over forty years. With Bissière, Latapie held an important show in New York in 1923. A comprehensive retrospective of his works was held at the Salon d’Automne as early as 1936. In 1941 he exhibited alongside Desnoyer, Estève, Fautrier, Lorjou, Pignon and Manessier.

Like many of his colleagues of the post-war avant-garde in Paris, having both pursued and inherited the lessons of the most daring pictoral experiments, Latapie strove successfully to re-instil the Classicist element: “Cet artiste est l’un des plus distingués d’entre ceux qui eurent pour tâche d’introduire un sens de la tradition dans l’amas des découvertes du début du siècle” (Benezit). Ultimately, Latapie affirms the essential character of painting, emphasising the intrinsic qualities and nature of the medium. The traces of pictoral activity on the canvas are the fascinating outward signs of a profoundly individual imagination contained within an objective system.

Louis Latapie was a highly celebrated artist who enjoyed an international reputation. During his long career he also exhibited regularly at the major Paris Salons, including the Salon des Indépendants, the Salon d’Automne and the Salon des Tuileries. He had numerous individual and group exhibitions including Art et Résistance Musée d’Art Moderne, Paris in 1946. On his death in 1971, he was honoured, like Braque and Picasso, with a major retrospective at the Palais des Papes in Avignon. Further comprehensive retrospectives of his work were held in 1988 at the Musée Rapin (Villeneuve-sur-Lot) and the Musée des Augustins (Toulouse).