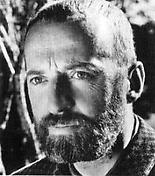 Chavignier became renowned for his powerful expressive sculpture during the 1950’s, and this work wonderfully embodies the ambiguous primeval resonance that defined his oeuvre. Born in 1922 in Montboudif, he spent his childhood in the shadows of the Pyrenees at Aurillac, and became profoundly attached to the rugged landscape, later installing a studio in an old mill nearby. In 1941 he entered the École des Beaux Arts in Toulouse, and during the Occupation he was active in the Resistance.  After the Liberation he studied briefly at the École des Beaux Arts in Paris, where he regularly visited and worked in various sculptors studios.  Earning his living as a restorer in the Egyptian and oriental departments of the Louvre and likewise for the Asiatic Musée Guimet. He spent his spare time sculpting, often influenced by the history of the museum artefacts he restored.

The power of Chavignier’s sculptural work soon became noticed, and he received his first major commission in 1950, to design a war memorial in Cantal, for which he created “Le Monument aux Fusilles de Ruynes en Margeride.” The same year he exhibited in the Salon de la Jeune Sculpture. In 1952 he was awarded the Prix Fénéon and participated in the avant-garde Salon des Réalités Nouvelles.  He then took part in the biennials of Anvers and Paris, and in the “Exposition d’Art Francais” held in Zurich. In 1957 he was awarded the Prix de Sculpture d’Auvers-sur-Oise. In 1958 he held his first solo exhibition at the Galerie Legendre in Paris. His work at this time was typically anthropomorphic totems of a baroque stature, as embodied in this excellent example “Tête”. During the following decade his work became increasingly architectural.  In 1960 he participated in the Venice Biennale and, importantly, met up with Giacometti, with whom he felt great spiritual and aesthetic kinship.  The following year he held solo exhibitions at Galerie Numega, Chaux-de-Funds, Switzerland, and at the New Vision Gallery, London.

Chavignier was made a Chevalier de l’Ordre des Arts  in 1962, establishing an international reputation and participated in the 1964 International Symposium of Sculpture, Montreal; 1965 Biennale Sao Paulo; 1967 French Pavilion of the Universal Exposition.  From 1969 to 1972 he was professor of Sculpture at the École National des Beaux Arts, Paris, also teaching at l’UER d’Arts Plastiques, at La Sorbonne.  Throughout the 1970’s a number of important solo exhibitions and retrospectives of his work were held, including at Galerie Municipale, Vitry-sur-Seine, 1973; Musée Bargoin, Clermont-Ferrand, 1977; Maison des Arts, Montbeliard, 1979; Maison de la Culture, Orleans, 1979.  In 1982 the European Biennale of Sculpture paid tribute to his work; and more recently, the Centre Noirot at Arras held a retrospective in 1989; and also the Musée Zadkine in Paris in 1996.