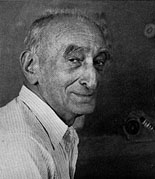 Henri Hayden was born in Warsaw, but by the age of twenty he had already found his way to Paris. This would prove to be his real home and in time he became a French citizen. His own life, in many ways embodied the struggle and ultimate triumph of the École de Paris. Embracing Cubism in 1910 with exceptional competence, the following year he was awarded his first solo show at Galerie Druet. In 1914 he was taken on by the dealer Charles Malpel who also represented André Lhote and Roger de la Fresnaye. But after only a year Hayden was lured away to Léonce Rosenberg (who had taken over from Kahnweiller as the main Cubist dealer), at his famous Galerie de l’Éffort Moderne. Here Hayden exhibited with Severini, Picasso, Valmier, Metzinger, Survage and Juan Gris; and held a high profile solo show in 1919. In 1920 Hayden contributed his seminal Les Trois Musiciens to the Salon des Indépendants Cubist exhibition, and it was subsequently acquired by the Musée National d’Art Moderne. By that time however Hayden was already gradually abandoning the Cubist aesthetic and had begun to paint in a more liberal manner, fearing that the style was becoming too formulaic. However he never completely discarded certain fundamental elements of Cubism and during the 1930’s held successful exhibitions at leading galleries Bernheim, Barreiro and Drouant amongst others, and became associated with the Peintres de ce Temps group.

Leaving Paris during the Occupation, Hayden retreated to Roussillon where he encountered Samuel Beckett in similar circumstances and during this time they established a close friendship which would last their lifetimes. Upon his return to Paris, he found that his atelier had been looted and many important early works were lost forever. By now Hayden was a celebrated artist and entered a period of his life that was marked by international recognition and critical acclaim: he received many public commissions, and several works were purchased for the national collection. He was honoured at the Biennale of Menton, 1951 and 1953, at the Turin Biennale, 1959, and with numerous exhibitions throughout Europe, including Dublin 1952; Belgrade, Zagreb, 1958; London, Krakow, 1959; Amsterdam, 1960; London, 1961.