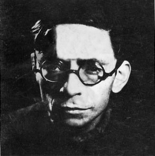 “Fomalhaut. No. 109”  painted in 1955 is a masterwork of Bryen’s highly acclaimed international career, and has been extensively exhibited and documented. Bryen was a founder of the highly influential Abstraction-Lyrique movement in contrast to Geometric-Abstraction. Abstraction-Lyrique evolved through Surrealism and the exploration of the sub-conscious. Adopting the name Abstract-Expressionism in America, this international movement sought to achieve uninhibited expression, and thus a manifestation of the inner self.

Settling in Paris in 1926, Bryen lived with the Dadaists: Duchamp, Picabia, Arp, and Tzara, with whom he worked primarily as an avant-garde poet on radical ideas to revolutionise Western Art. His abstract poetry that he created at this time developed into fluid sub-conscious writings that he defined as “Abhumanisme”, but later became merged into Surrealism, and he soon applied this technique to drawing, allowing the pen to be controlled purely by his subconscious instinct. These “Dessins Automatiques” were first exhibited in 1934 at Galerie au Grenier, Paris, and later in an important Surrealist exhibition in Belgium in 1935 with Magritte, Ernst and Arp. Then applying the technique to painting he further developed this highly expressive process referred to as Tachisme, and exhibited the first paintings in 1936 at the Salon des Superindépendants. Recognised as a leading force in twentieth century art, Bryen co-signed the radical “Manifeste  Dimensionniste” in 1937 with Duchamp, Kandinsky, Delaunay, Picabia, and Arp.


After the Liberation, Bryen held a number of groundbreaking exhibitions, starting with Structures Imaginaires with Arp at Suzanne Feigel Gallery in 1946; then Non-Figuration Psychique in 1947 with Georges Mathieu at Galerie du Luxembourg, Paris. Mathieu was also experimenting with Tachisme, and together with Bryen they organised the historic exhibition L’Imaginaire which included Hans Hartung, Raoul Ubac, Jean-Paul Riopelle, and is credited with founding the Abstraction-Lyrique movement. The movement was further established by a second group exhibition famously titled  “HWPSMTB” referring to the participants Hartung, Wols, Picabia, Stahly, Mathieu, Tapié, Bryen, held at Galerie Colette Allendy in 1948. Furthermore that same year, Bryen organised a third group show, La Rose des Vents, at Galerie Deux Isles.