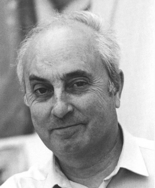 Debré, like his close friend Nicolas de Stael, sought to interpret reality through abstract expression, in creating such a work, he conceives it not merely as a two dimensional image but is highly aware of the surface of the paint, and making the “painting” a very physical object in its own right, applying the paint intuitively in brisk primeval marks and gestures.

As well as exhibiting extensively in Paris, Debré began to establish an international reputation holding his first New York show at the Perspectives Gallery in 1950. In 1955 De Stael tragically committed suicide but Debré continued to paint with unwavering conviction. In 1958 he signed a contract with the Knoedler Galerie in New York and held several solo exhibitions there over the next few years. In the 1960’s Debré developed his avant-garde exploration of abstraction further by creating increasingly minimal gestural compositions in a style he termed “L’Abstraction Fervent”. By now regular international exhibitions of his work were being held, notably Milan, Geneva, 1962; New York, 1963; Japan, 1966; Oslo, 1968; Milan, Tokyo, 1970. In 1964 he was awarded the Prix de la Bienale de Menton, and in 1979 he was appointed honorary Professor of the École des Beaux Arts in Paris. He also created several commissioned works most notably for the French Embassy in Washington and the Hong Kong Opera House.