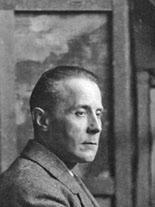 Also known as Gaston Duchamp (brother of artists Marcel, Raymond, and Suzanne), Jacques Villon was a leading Cubist, colourist and draughtsman, who moved towards abstraction during his highly celebrated career. He was one of the founders of the Salon d’Automne in 1903 with Renoir, Vuillard and Carrière, as an alternative to the Salon des Indépendants. He studied painting at the Académie Julian in Paris and his initial neo-impressionist style would soon evolve towards cubism with bright colours, and geometrics shapes. He moved to Puteaux in 1906 and later helped to establish the Puteaux Group (with Robert Delaunay, Albert Gleizes, Ferdinand Léger, André Lhote, Léopold Survage and others); here he also created the legendary Salon de la Section d’Or.  In 1913 he exhibited in the historic Armory Show in New York.

Following WWI in which he fought, Villon returned to painting and had his first solo show in America in 1921 at the avant-garde Societé Anonyme. In 1932 he joined the Abstraction Creation group, advocating a more geometric abstraction his cubist style evolved into flatter planes of colour interspersed with suggested linear accents. In Paris he was represented by the influential Galerie Louis Carré, and established an international reputation. He had his first retrospective in the National Museum of Modern Art in Paris in 1951, and in New York in 1953. He won the Grand Prix at the 1956’s Venice Biennale and in Brussels’ international exhibition in 1958. In 1961 he was guest of honour at the 6th Sao Paolo’s Biennale where he had a room dedicated to his work.